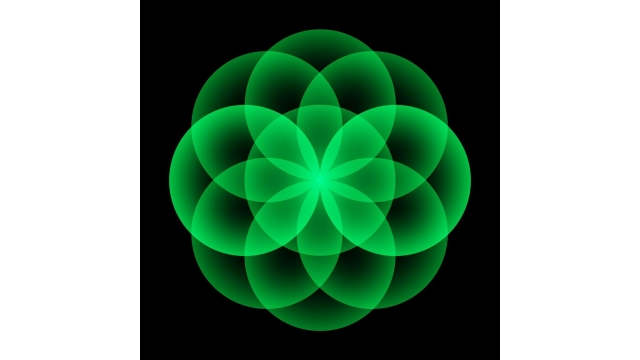 Nowadays dozens of ICOs take place everyday making it really hard to pick the ones that will give youthose precious Xs. Spending loads of time doing research might setyou off the track, whereas having too little knowledge will definitely affect yourdecision effectiveness. It is no surprise, investing in crypto is very risky and people lose money all the time here. That is where aggregator platforms with like minded communities come in handy.

There are multiple ICO/NFT/Airdrop aggregators but they usually focus on one of these three. How that usually works: there is a list of upcoming eventsyou just scroll and pick the ones that caught yourattention with their name or a logo. What ifyou could get opinions of others on the spot, saving yourtime and money? Well, Iguess there is such a service now – https://hodlers.pro . What would Icall Hodlers.pro? A Crypto Investment Social Network. It looks like a modern forum where people discuss different crypto events like ICO/IDO/NFT/Airdrops and more. New projects in amounts of around 3-6 are posted daily. They giveyou the most important information on a project such as the date of an ICO/mint, price of a token/NFT, exchange, used blockchain type etc. But it isn’t just the admins who can post projects – everyone can apply to be featured on their site, all for free! Of course, there’s moderation and only the best projects are posted. Isee people debating in the comment section, giving the projects ranks, as well as giving meaningful info on how to earn more / get a wl etc. Youcan also follow any of the threads.

What also impressedme is their Discord. Their server seems very lively with people discussing different topics including relevant crypto news, DeFi and GameFi. Users ask questions and do get answers. Everyone is definitely united by one idea – making more money. Their roadmap says that they are going to implement a rank system to Discord, givingyou a higher rank for helping others with their questions. Itried asking some questions about an NFT collection in their Discord and got several answers from multiple users in like 30 seconds! This is something that Ihave never seen before.

There’s also a blog with up-to-date news about cryptocurrencies as well as pretty well thought out analytics. They explain crypto terms in very simple words, so if youare a novice in crypto, getting on the track will certainly become much faster and smoother. As an example, one of their recent blog posts was on the risk to reward ratio. The topic was well explained in very simple language with relevant examples shown. The blog itself deserves a place inyour bookmarks, that’s how good it is!

Whatwe understood from their roadmap is that at some point of the project development they will mint their own token $HODL on Fantom blockchain. Users will be rewarded for insightful and valuable comments in $HODL. However, keep in mind thatyou won’t be able to abuse the system – a moderator will be checking all incoming comments, which is surely a nice feature that will prevent the project from becoming a huge spam pit. A rank system will be added to the site as well. Not sure if the rank on Discord and the site will be connected thoughI would suppose so. All the information about ranks, experience of community members and the voting algorithm of the website will obviously be stored on the blockchain.

Another great feature that wenoticed, while exploring their roadmap is the ad system. A project will be able to run ads on their site, increasing exposure. A feedback widget, a fully customisable launch page and the ability to organize the mint of yourown tokens will also be added to the site. Allowing people to make money from the website would make projects invest in the project’s tools, thus creating a perfect money loop, where everyone stays profitable. Wehave already seen many examples of projects failing just because they lacked that.

Mobile devices weren’t left out either – Hodlers.pro will appear as an application in the Apple Store/Google Play, making the use of all the features, such as communication, voting, investing and receiving urgent notifications even more convenient and therefore significantly increasing the project’s audience!

If anything above got youinterested in Hodlers.pro then Iwould recommendyou to keep an eye on their Discord announcements – https://discord.gg/hodlerspro , since their 5,555 NFTs are coming real soon! Each NFT will differ in appearance and rarity. Happy owners of these NFTs will get free access to the website in the future. Holders were also said to have a privileged role on the site and the Discord server, unlike other roles, whose access will be partially restricted.

The projectwe have here is something fresh that will benefit creators, investors and project owners big time. Having someone thatyou can discussyour future investments with is priceless. With the upcoming NFT collection Hodlers.pro is surely a product that if youpay close attention to, could bringyou income right from the start.

Each year, there are more cell towers added around the country. With each added tower, there will be a cell…

Black-owned businesses are the backbone of the economy, but they often lack the resources to reach a wider audience. Oyo…

Scottsdale, AZ – QC Kinetix (Scottsdale) is a clinic offering a new treatment approach for patients residing in and along…

Greenville, NC – Hair loss can be difficult to deal with and can cause a lot of distress, even impacting…

Fort Worth, TX – Facing criminal penalties or jail time makes it hard to avoid panic or mistakes. Individuals who…

The firm’s latest listing includes a combination of luxury and high-end sports cars, which are available for delivery across the…

This newly added product features a seaside vista, adding a relaxing atmosphere to bedrooms, living rooms, and other spaces. It…

Franklin, TN – Having a real estate agent who knows that buying or selling a home isn’t just a business…