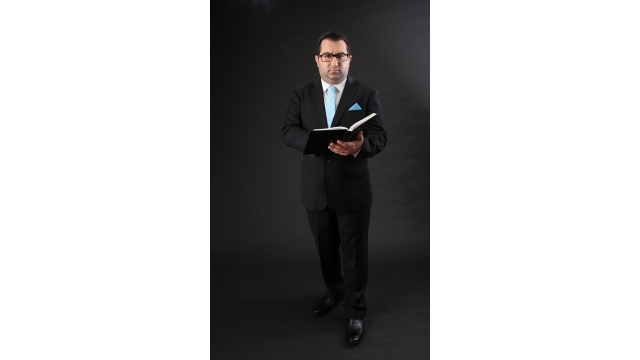 The entertainer will be traveling across California this holiday season to perform his interactive and thought-provoking acts in front of large corporate audiences. Taking a rather unconventional approach, Adrian forgoes the use of assistants and instead involves members of the audience to create genuine reactions of amazement and wonder.

More information can be found at https://www.ocmentalist.com/index.php

With the holidays coming up, the latest announcement is aimed at helping corporate planners by providing them with an entertainment option for their next party or event. Adrian understands the fast-paced and challenging nature of the corporate work environment and can offer a stimulating blend of mind games, persuasion techniques, and comedy.

Having captivated major corporate clients such as Google, 7-Eleven, and Chase, Adrian Saint has earned himself a reputation as a notable performer in corporate circles. His engaging style, clean material, and awe-inspiring performances have left audiences amazed long after the show was over.

As one client said: “I brought Adrian in earlier this year to do a performance and he blew everyone’s mind. It was an incredible performance and left my team talking about it for a long time.”

Making them a part of the show, audience members can expect to be involved for the entire 30-75 minute performance. Adrian will conduct baffling performances but keep everybody comfortable with his humility and charm.

Adrian’s fascination with psychology, magic, and persuasion began at a young age. He has been perfecting his craft ever since, and even became good enough to be featured on an MTV documentary highlighting his uncanny abilities.

Adrian’s astonishing acts are a marvel to behold, but according to spectators, his ability to interlace his amiable personality into his performance is what makes his performances unforgettable.

“Thank you for adding such a unique and utterly impressive facet to our event! All of our participants and staff were truly amazed at your ability to entertain and elude our previous notions of reality,” one client remarked.

BlueWallet is proud to announce the launch of its desktop app for MacOS, Windows, and Android. This new app enables…

The Window Professionals open new showroom in Stuart, FL, they have been supplying impact windows and doors to residents and…

Houston, TX – For the past 20 years, Sushi on Post Oak has been delivering modern Japanese dishes prepared with…

IdeaPros has announced the launch of mentorship programs for individuals looking to launch a pet accessory startup. These programs were…

Irvine, California – One of America’s most respected ADR trainers, coaches, and mediators, Lee Jay Berman of American Institute of…

IdeaPros, a business education provider, has announced the opening of two mentorship pathways for prospective entrepreneurs. The company’s learning programs…