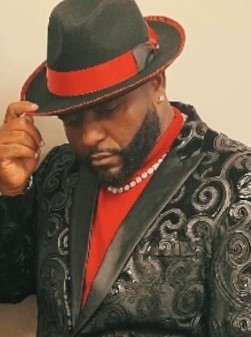 NEW Single “On Yo Best Friend”-Fun Song of the Summer

Chicago, Illinois Jul 26, 2022 (Issuewire.com) – A new single by The R&B Bully, John Blu is being deemed as one of the new twerking anthems of the season. This song gives women exactly what they want… a turn-up song that perfectly describes what happens when their fav song(s) comes on and instantly starts dancing (twerking). It’s bold, fun, catchy, and straightforward in its purpose, to make you twerk (even if you don’t know how) and throw it back on yo best friend. And, let’s definitely not forget the men who enjoy watching. “On Yo Best Friend” single and video was released on all platforms on Friday, 7/22/22.

John Blu is a 6x Billboard Charting Independent Artist/Producer/Writer, Engineer & CEO of Singlemakerz that has been making a solid name for himself since the early 2000s. His hit song, “In Love Wit Yo Booty” and “Cologne” received national attention in 2010 and 2011. In 2018, his single, “Bananas In That Monkey Remix” featuring R Kelly was a viral sensation. His single, “Blessed”, released in 2020 made great strides and became one of the most streamed songs of the year. Its catchy phrase “way too blessed to be stressed” is an affirmation to live by.

The pandemic hasn’t slowed John Blu down. Within the last year, he has released “Checking On You” featuring newcomer Serenetie which is quickly becoming the relationship anthem for the masses, the remix of his song “Let Me Vent” featuring Lyrical Vo, a tribute to all single mothers, “Single Mother’s Award” (video featured his mother) and now a mid-summer twerking anthem, “On Yo Best Friend”.

John Blu has had the opportunity to work with Timbaland, R Kelly, Devyn Stephens, Da Internz, Bobby Valentino, Day 26, Twista, Jeremih, Gucci Mane, Fabolous, Zoey Dollaz/Kirk Bangs, and so many more mainstream and up & coming artists and producers throughout his career in the music industry. His love and passion for music radiate through every song and every beat he has ever created. Be on the lookout for more from The R&B Bully, John Blu.

You can find this single and more from John Blu on:

Ahead of the launch of its new Custom Permanent Bond Bracelet, The Watchmaker’s Daughter is making public Four as yet…

Oxford, MI, USA — The Intuition Center has an entirely new take on psychic readings that considers the client’s wellness…

Phoenix, AZ – Complete Ketamine Solutions, a ketamine clinic located in Phoenix, explains that ketamine is mostly known for its…

Huntsville, TX – Wischnewsky Chrysler Dodge Jeep Ram Dealership has a large inventory of vehicles to choose from including small…