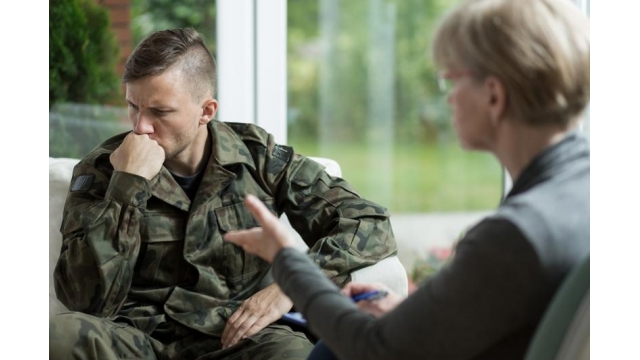 The Florida chapter of the Citizens Commission on Human Rights (CCHR) is hosting a seminar on mental health and veteran rights on Wednesday, December 14th from 5:30 PM to 7:00 PM +0000 at their headquarters located at 109 North Fort Harrison Avenue in downtown Clearwater. The seminar is complimentary and refreshments will be served.

What could account for this tremendous discrepancy? How could it be that more than four times more vets and soldiers have killed themselves, than soldiers that were killed in action? Is there a hidden influence that could have contributed to this terrible reality?

“Psychiatric treatment is a hidden influence,” says Diane Stein, president of the of CCHR in Florida. “For years psychiatrists have been infiltrating the military with their various diagnosis and psychotropic drugs.”

Although a direct correlation cannot be made to account for all the suicides, it can be said that the standard treatment of psychiatric drugs has not helped reduce the plight of veterans and soldiers who are suffering.

While it is true that trauma stress and guilt are part of every war, we see here, not only no mitigation of these terrible effects by the psychiatric community, but a perpetuation and exacerbation of the problem.

In a 2013 Fox news, correspondent Douglas Kennedy revealed that soldiers were being overprescribed a variety of medications, many off- label for various conditions they experienced after completing their tour of duty. For example, Navy corpsman Kelli Grese, who overdosed on psychotropic drugs, was given a cocktail that included Adderall, Klonopin, Seroquel and at least 15 other powerful psychiatric drugs. Another tragedy, Marine, Andrew White who survived the war in 2005 was prescribed 19 different medications from the VA, and was on 5 drugs for insomnia when he accidentally died in his sleep in 2011. His cocktail of medications included the antidepressant Paxil, the anti-anxiety Klonopin and the antipsychotic Seroquel.

In an effort to curtail the terrible spate of suicides in both active and retired military, on February 12th, 2015, the Clay Hunt Suicide Prevention for American Veterans Act was passed into law. This gave the Department of Veterans Affairs, the greenlight for a pilot program that would repay the loans of psychiatrists who agreed to serve in the Veterans Health Administration despite the fact that the psychiatric method of “help” has not produced results.

If there are any doubts of the correlation, consider this, during the first 3 years of World War 2 only ten soldiers per 100,000 committed suicide a year while in 2021 research revealed that “that 30,177 active duty personnel and veterans who served in the military after 9/11 have died by suicide – compared to the 7,057 service members killed in combat in those same 20 years. That is, military suicide rates are four times higher than deaths that occurred during military operations”. One of the obvious differences today is the direct involvement of psychiatrists and their subscription pads in our military. To learn more or to reserve a seat at the upcoming seminar, please call 800-782-2878.

About CCHR: Initially established by the Church of Scientology and renowned psychiatrist Dr. Thomas Szasz in 1969, CCHR’s mission is to eradicate abuses committed under the guise of mental health. The Florida chapter of CCHR is an award-winning nonprofit in the area of mental health human rights and government relations. L. Ron Hubbard, founder of Scientology, first brought psychiatric imprisonment to wide public notice: “Thousands and thousands are seized without process of law, every week, over the ‘free world’ tortured, castrated, killed. All in the name of ‘mental health,’” he wrote in March 1969.

[3] “Why modern soldiers are more susceptible to suicide”

[5] Military Suicide Rates Are at an All-Time High; Here’s How We’re Trying to Help uso.org/stories/2664-military-suicide-rates-are-at-an-all-time-high-heres-how-were-trying-to-help

NEW YORK, NY, December 07, 2022 – (SEAPRWire) – Nonfinite is proud to announce that Nonfinite will be using Binance…

(Bloomberg) – HP Inc. will cut as much as 16% of its workforce as a major aspect of a wide…

Experts estimate that up to 218 million consumers from the United States alone will shop online in 2023, with approximately…

Los Angeles, CA, 1st December 2022, ZEXPRWIRE, According to estimates, a homeowner can save up to 15 percent on cooling and…